The Great Auk is the penultimate (before last) Extinct Animal Song, and next week will be the last song for this project (it’s actually a bonus track!).

But don’t be too sad, there will be another Daphodil Music project on very soon.

Please get in touch to become a Daphodil Music singer and be a part of the new exciting musical programme!

The solo this week is sung by (then) 5 year old Biba. If you listen right to the end you will hear another solo, by 6 year old Ruby, which is sung acapella-  that means with no musical accompaniment. 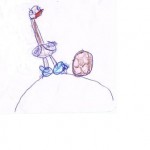 The Great Auk was a large flightless bird from the penguin species. It had very small wings which is why it couldn’t fly, but it was an excellent swimmer and spent lots of time in the waters of the North Atlantic.

They became extinct because humans used to hunt them for their meat, skin, beaks and eggs until there were none left. 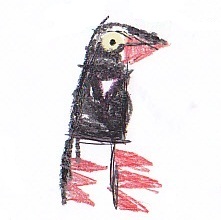 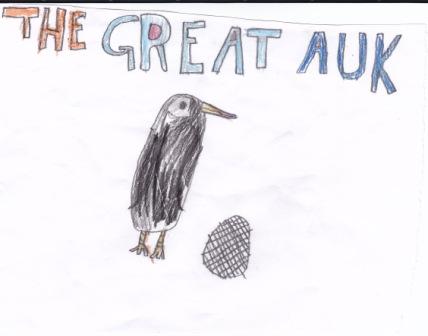 See you next week for the final Extinct Animal Song – the bonus track!